I launched a crowdfunding platform for bad ideas

I had wanted to be an inventor since the age of 8.

But no crowdfunding site would accept my ideas.

So I decided to start my own. ⠀ 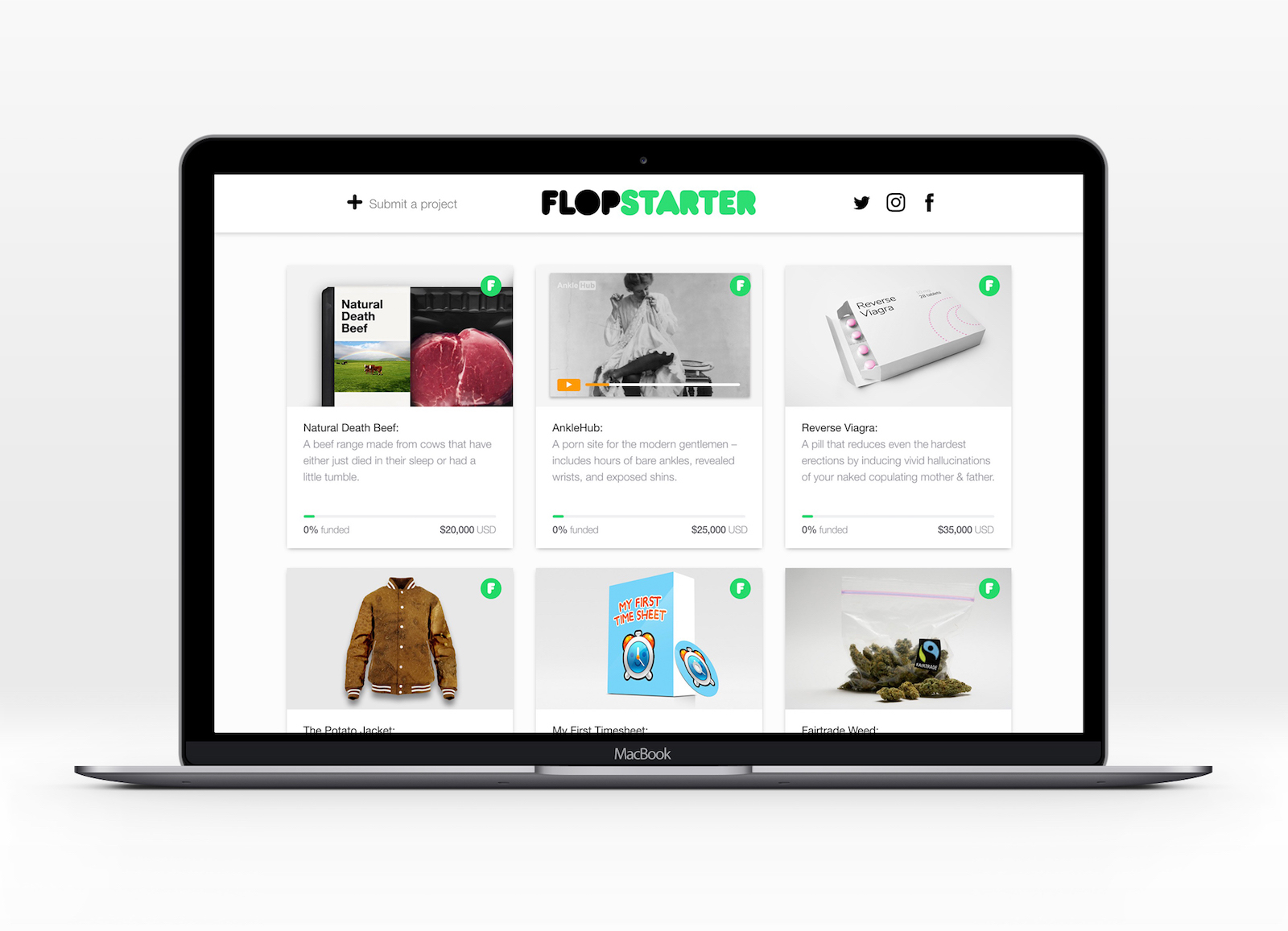 Boasting a real e-commerce platform, Flopstarter.com had several card-verified pledges, including £5000 towards a cow.

Unfortunately, none of the goals were ever reached, and the funds couldn’t be collected.

Flopstarter also had over 800 user submissions. But as few of the ideas were as bad as my ideas, many never made it onto the site.

But it’s not surprising that I excelled: inventing ran in the family.

My grandad Henry actually invented a form of cat’s eye after the cat’s eye had already been invented, along with a revolutionary new baby feeding spoon that got him on the 1940s television show Inventors World.

My dad invented the little rings that cover the bit where the radiator enters the floor, but later discovered them in a hardware store.

You could say my family had diminishing returns

I prefer to think of them as increasing gains.

At the height of its fame, Flopstarter was introduced by Richard Bacon, the Blue Peter host fired for doing coke.