I made my lamp a social media personality

(What happened next will shock you). 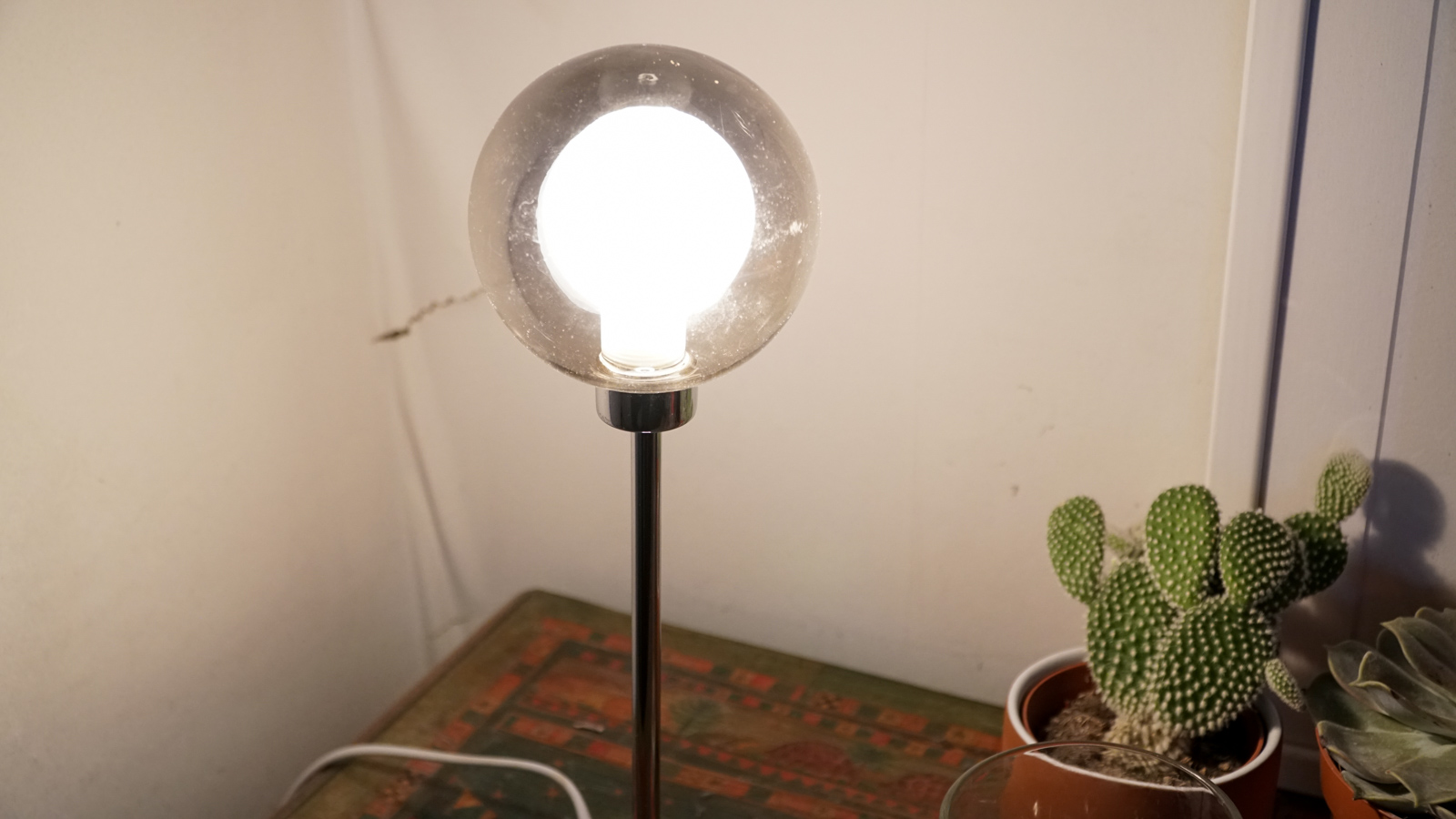 We all know climate change is caused by leaving the lights on.

But some days I left the house and couldn’t remember if I’d turned them off.

I didn’t want to go home and check – I might miss my work’s free breakfast.

So as part of my mission to Refrost The Planet, I came up with a way for my lamp to let me know what it was up to.

By turning it into a social media personality. 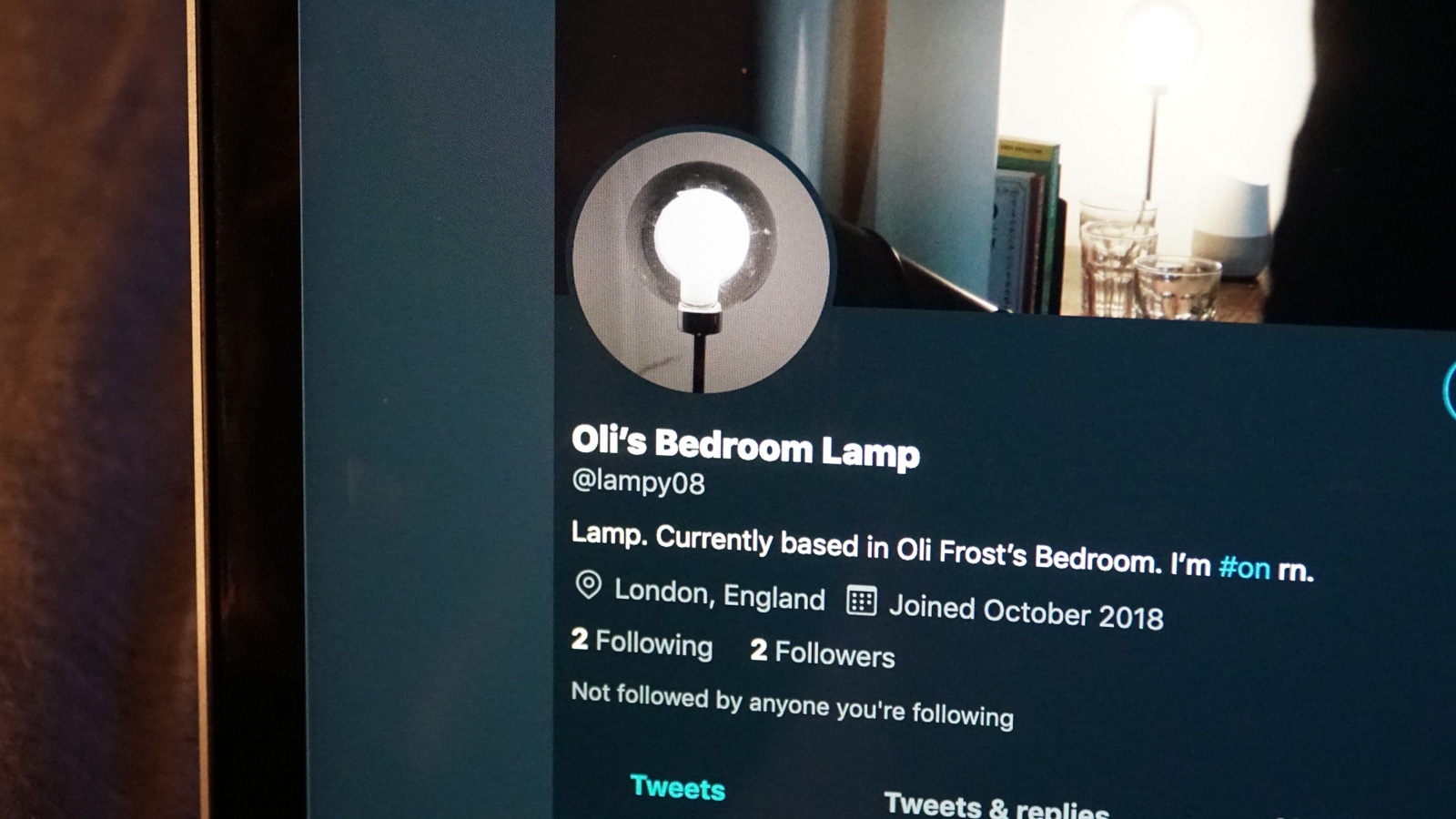 My bedroom lamp might be bright – but intelligence-wise, it was very dim. 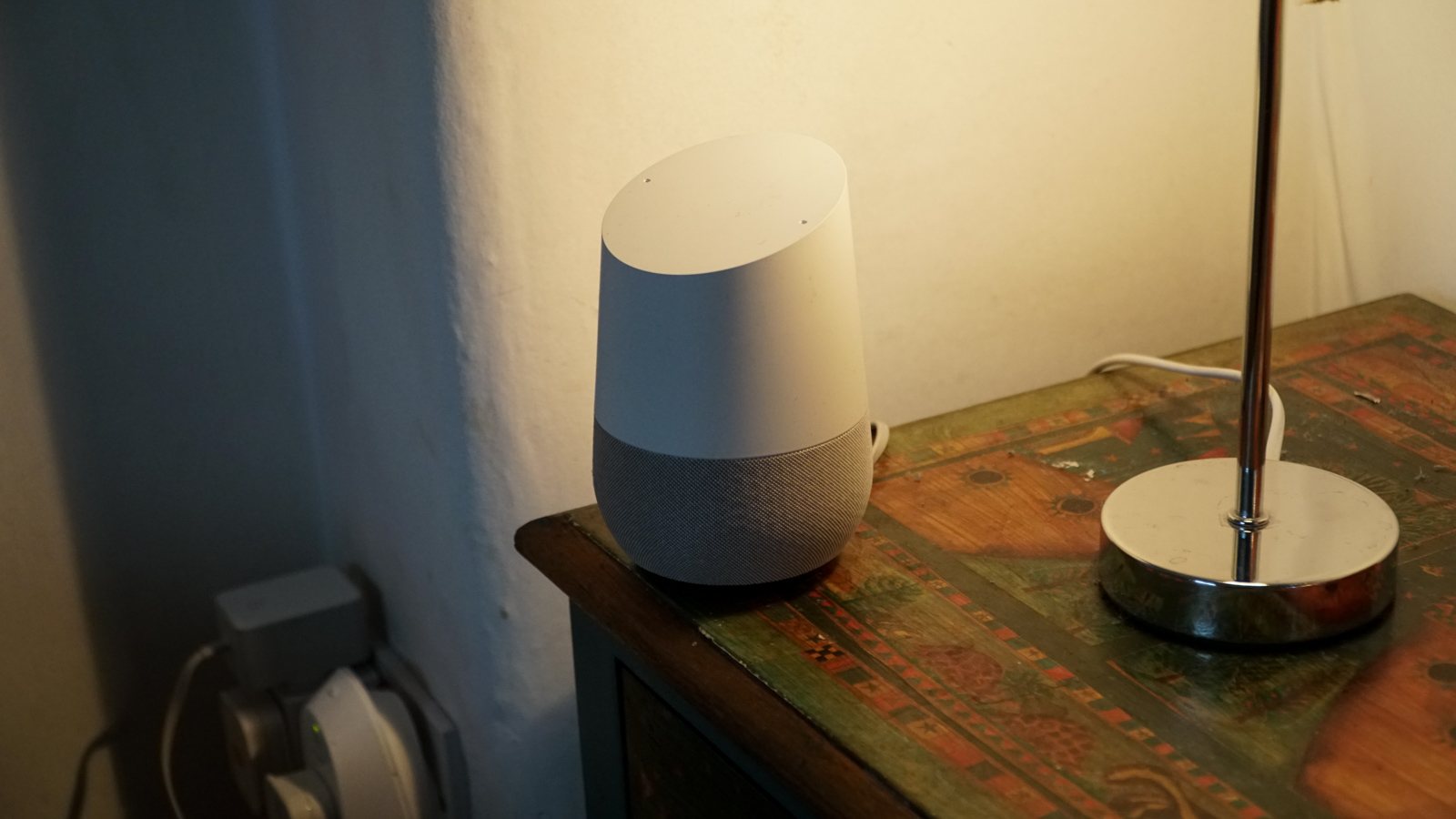 Then all I had to do was connect the Google to an app called IFTT, which would activate an app called Stringify, that would simultaneously activate my smart plug’s own app, as well as my lamp’s new Twitter account. 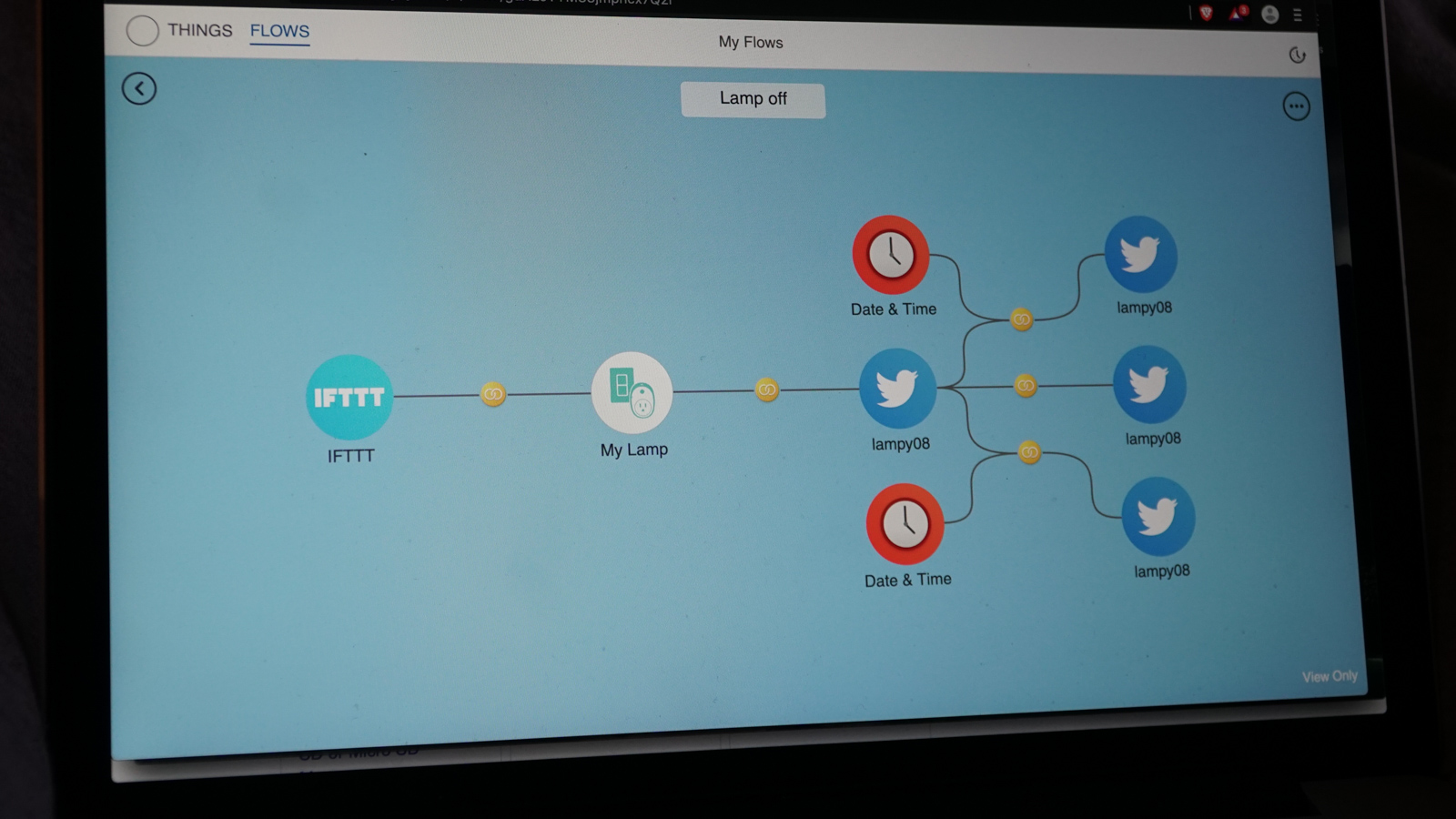 I then set the message to change with the time of day, and gave the lamp a few accounts to follow (so it wouldn’t feel bored or objectified by its work). 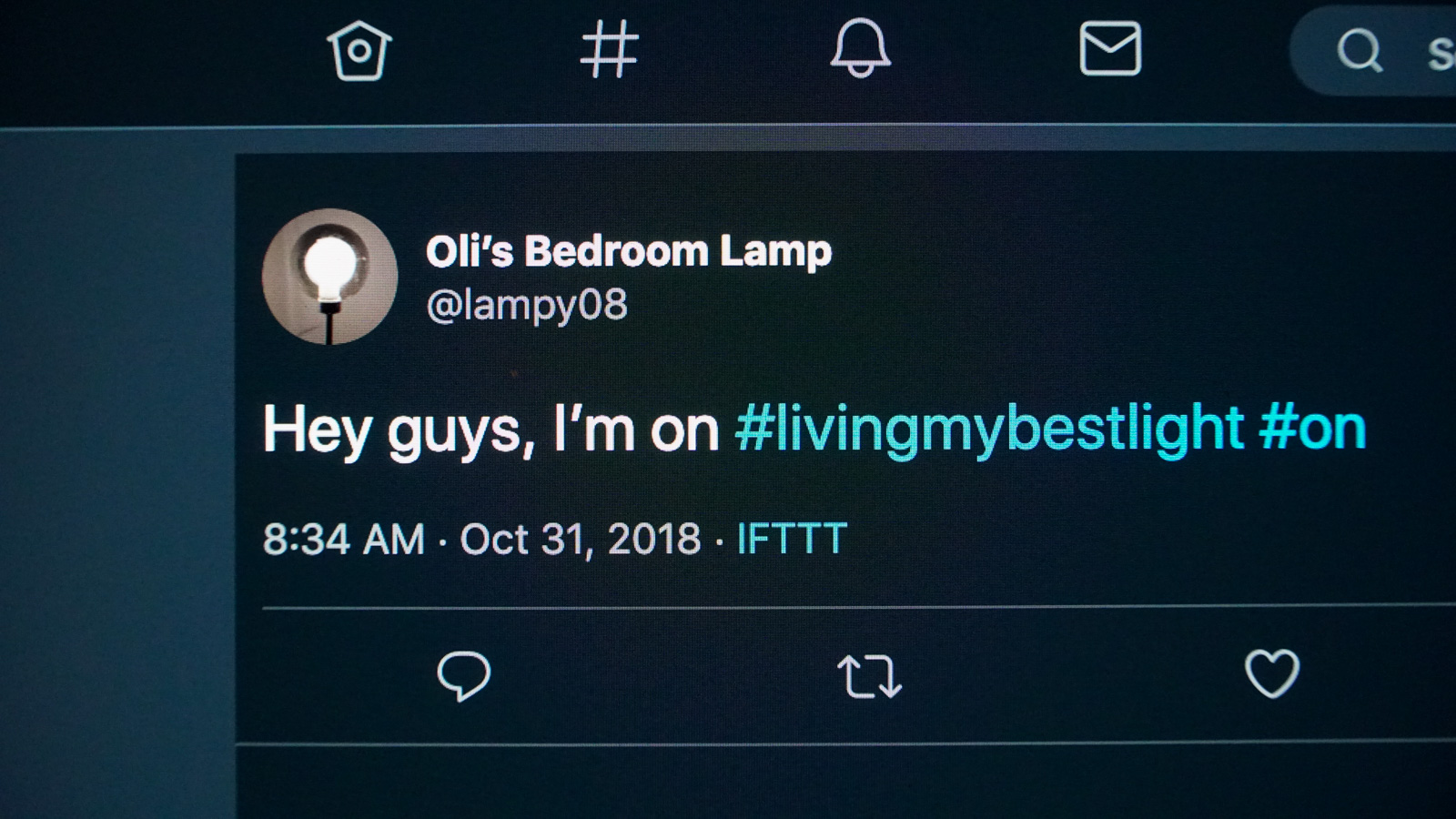 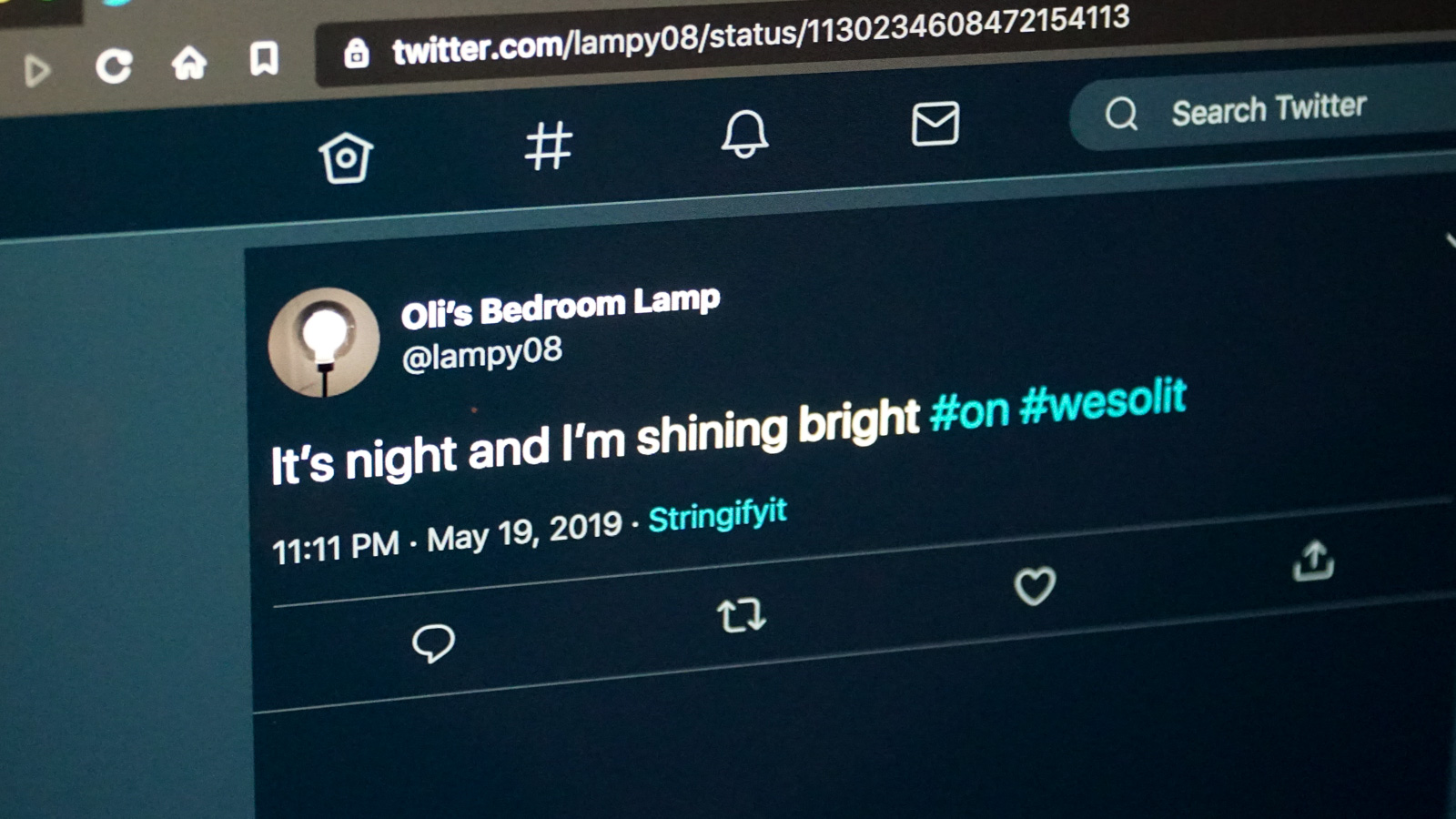 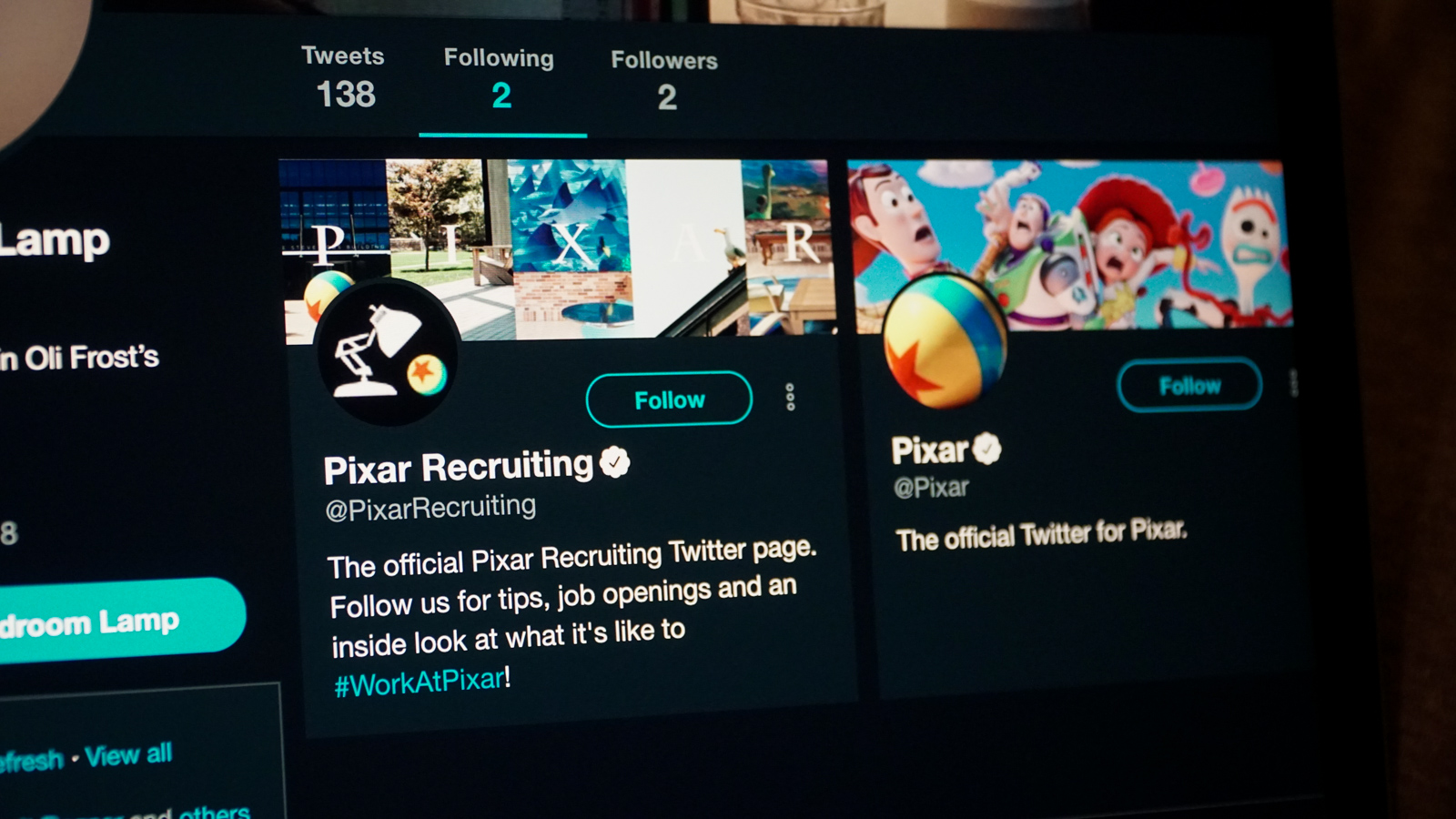 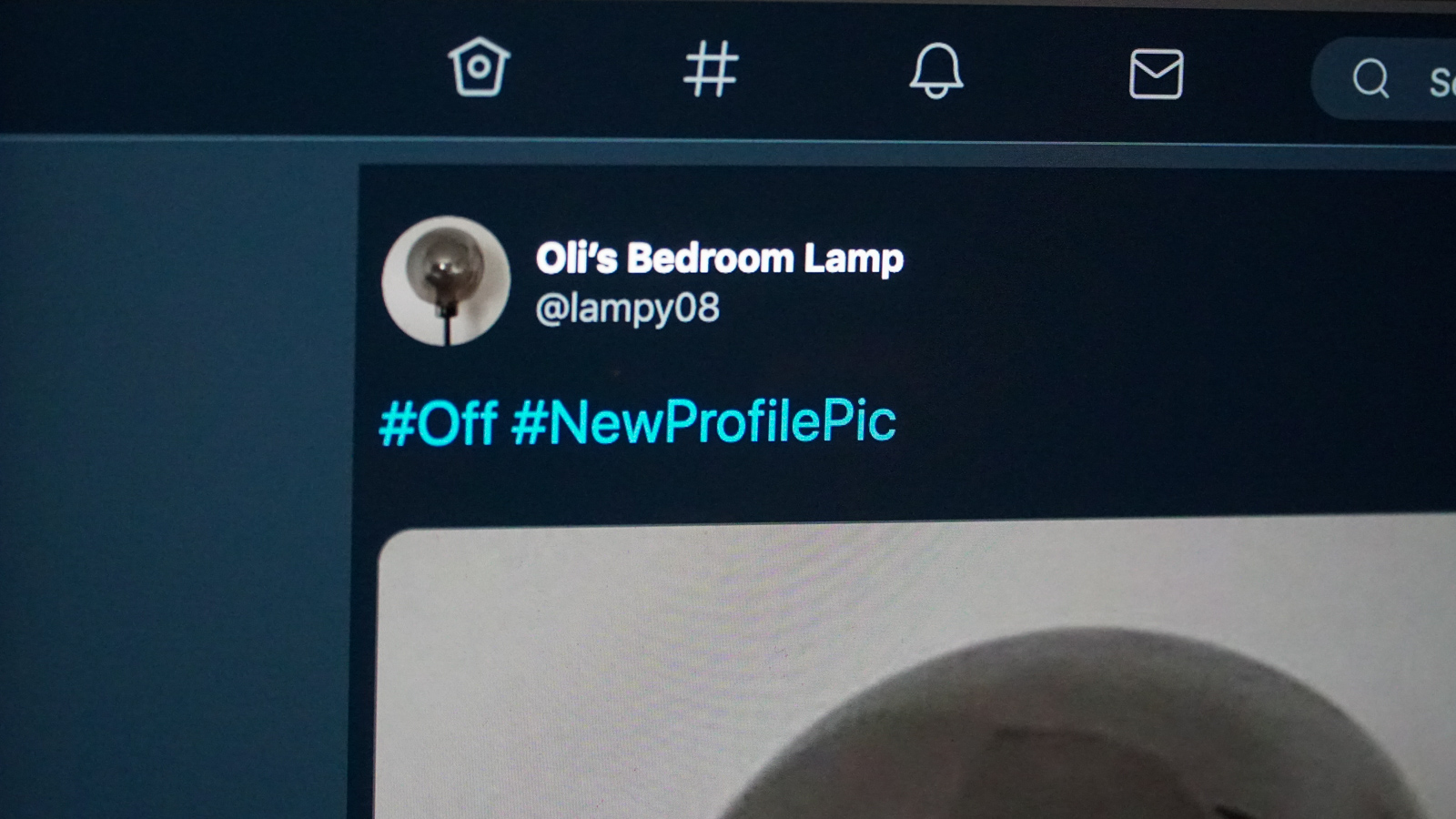 I ran the system for nearly a year.

Climate change seemed to be in safe hands… 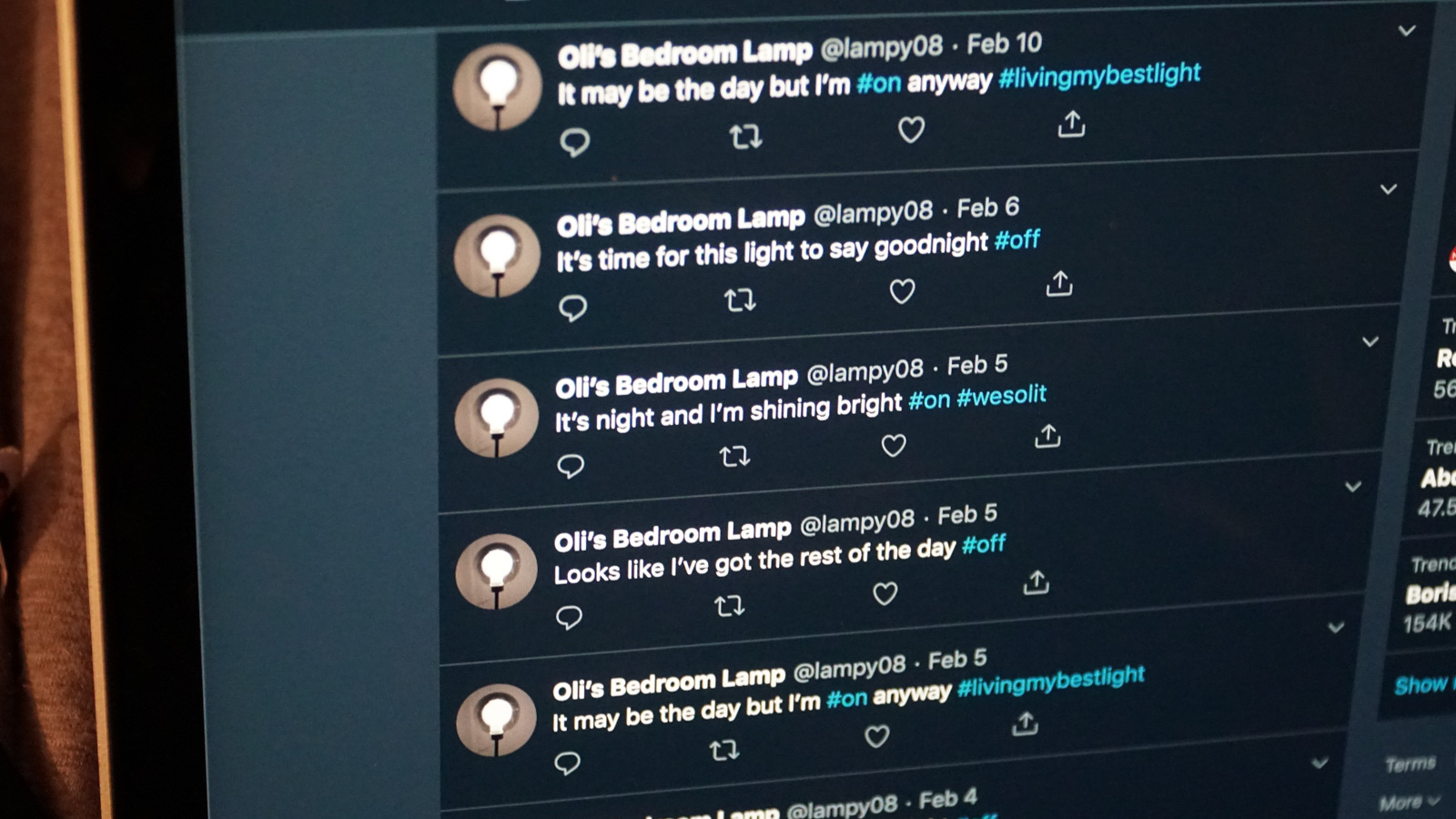 But in around May, I logged back on to my lamp’s account to find tens of unread notifications. 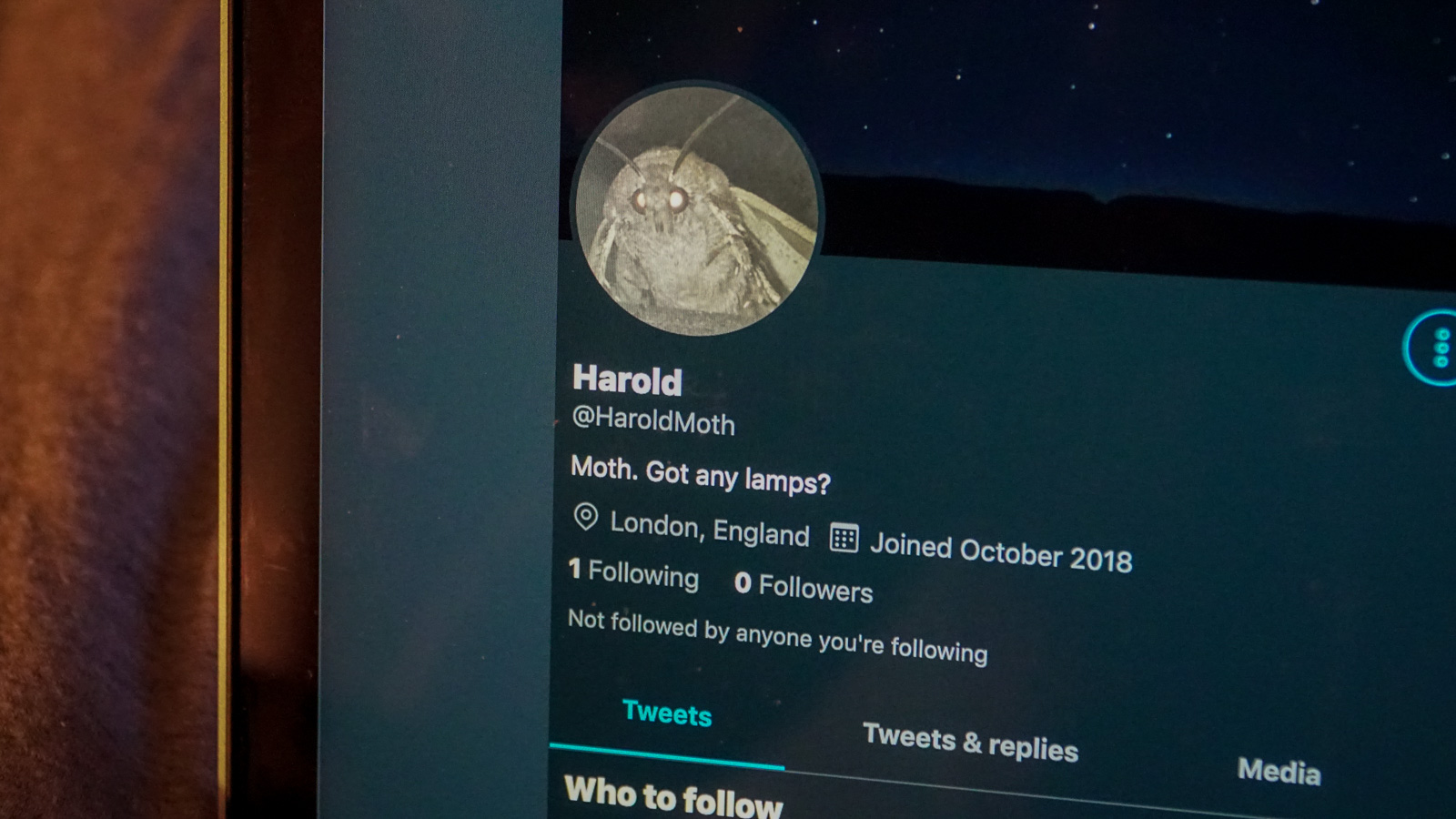 Every time the light tweeted at night, the moth tweeted back. 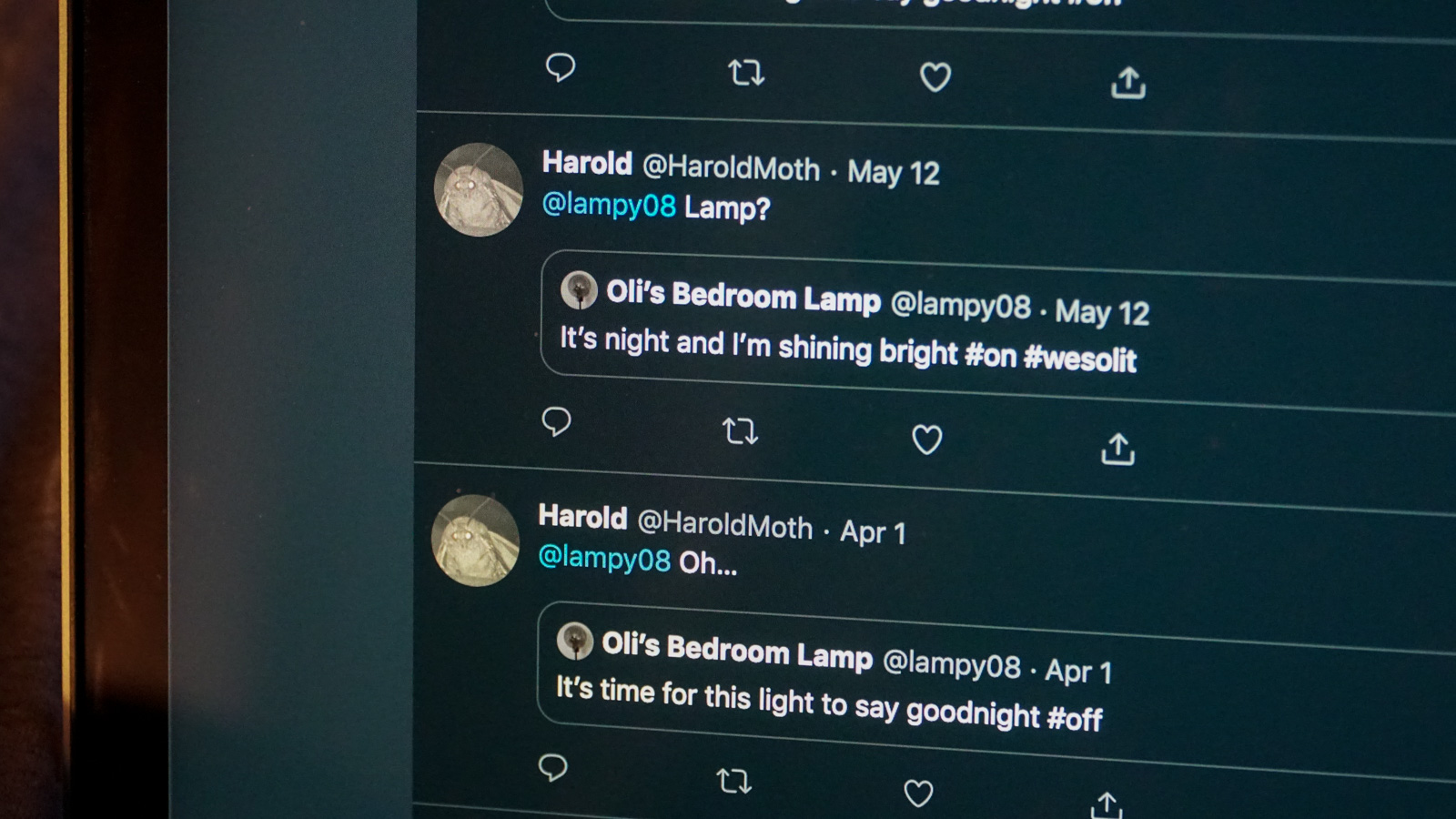 I had no idea who created it – was it a friend trolling me, or an unusually tech-literate moth?

I couldn’t risk a moth getting in and putting more holes in my plain t-shirt collection.

Luckily, I was already in possession of one its greatest enemies. 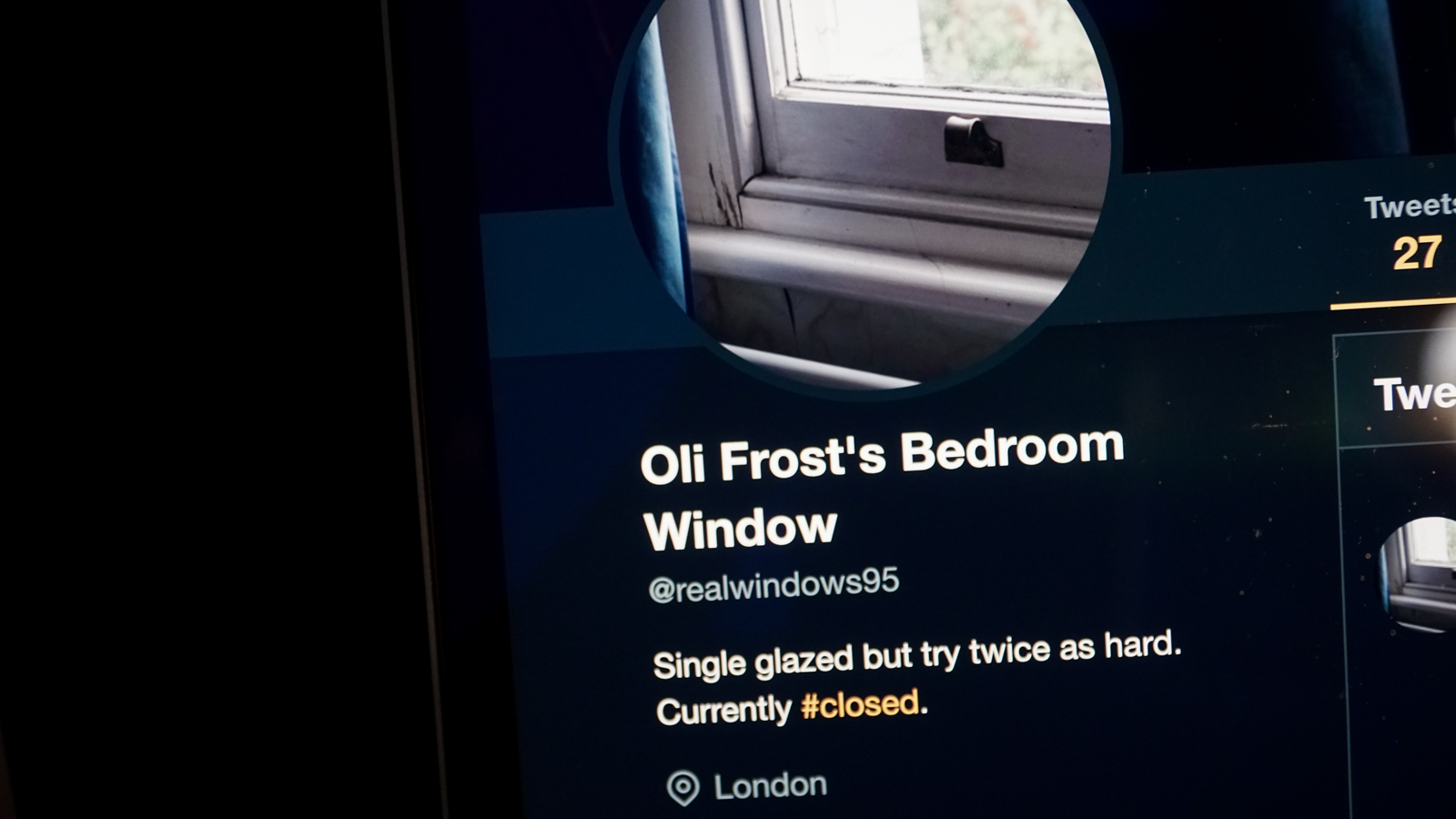 My plan was to use a sensor to detect when my window was open or closed.

If it was open at night, it would make sure the lamp was off.

And if it was closed, it could tell the moth to take its flappy wings elsewhere. 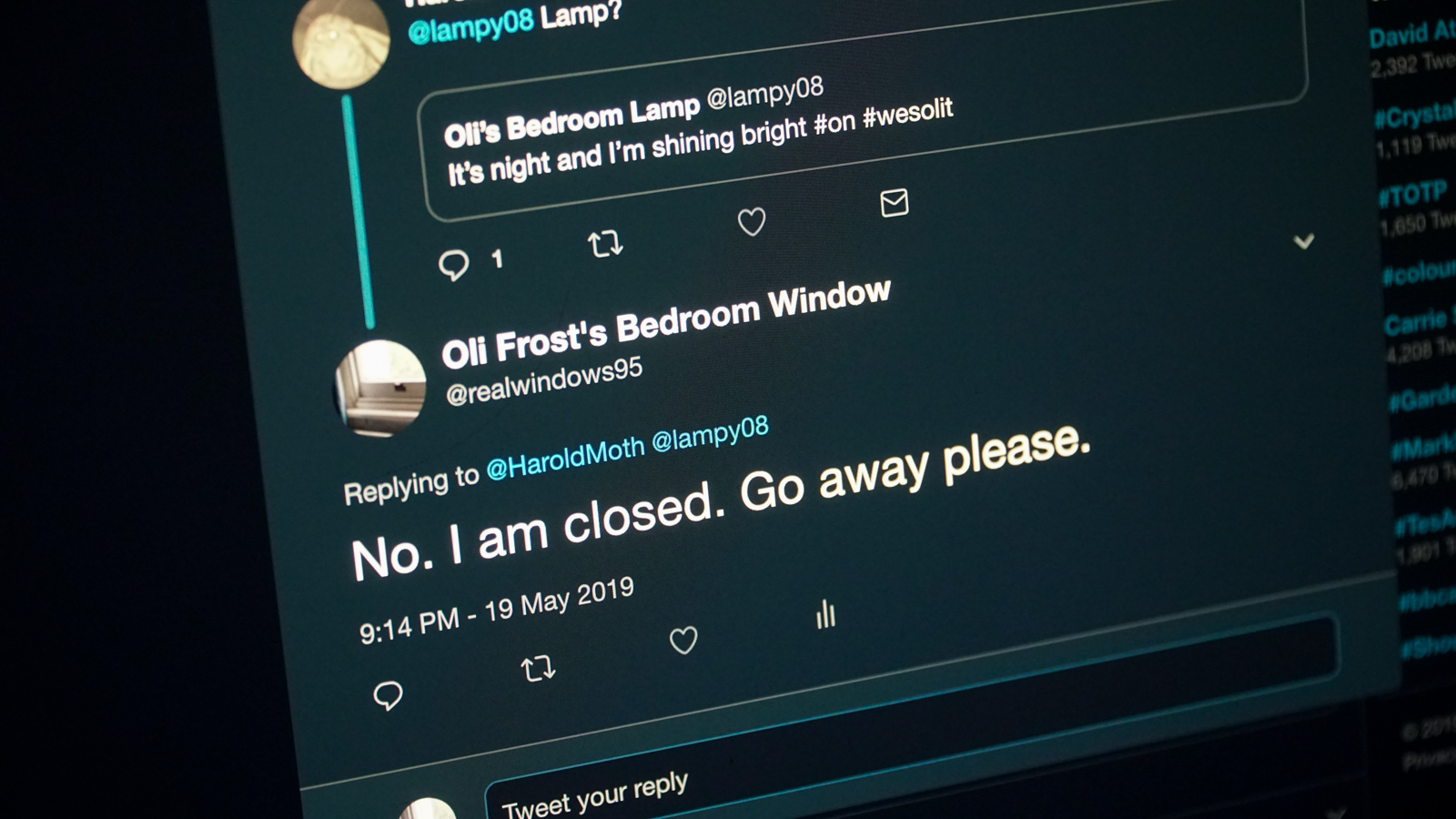 But before I could begin, I made a terrible discovery. 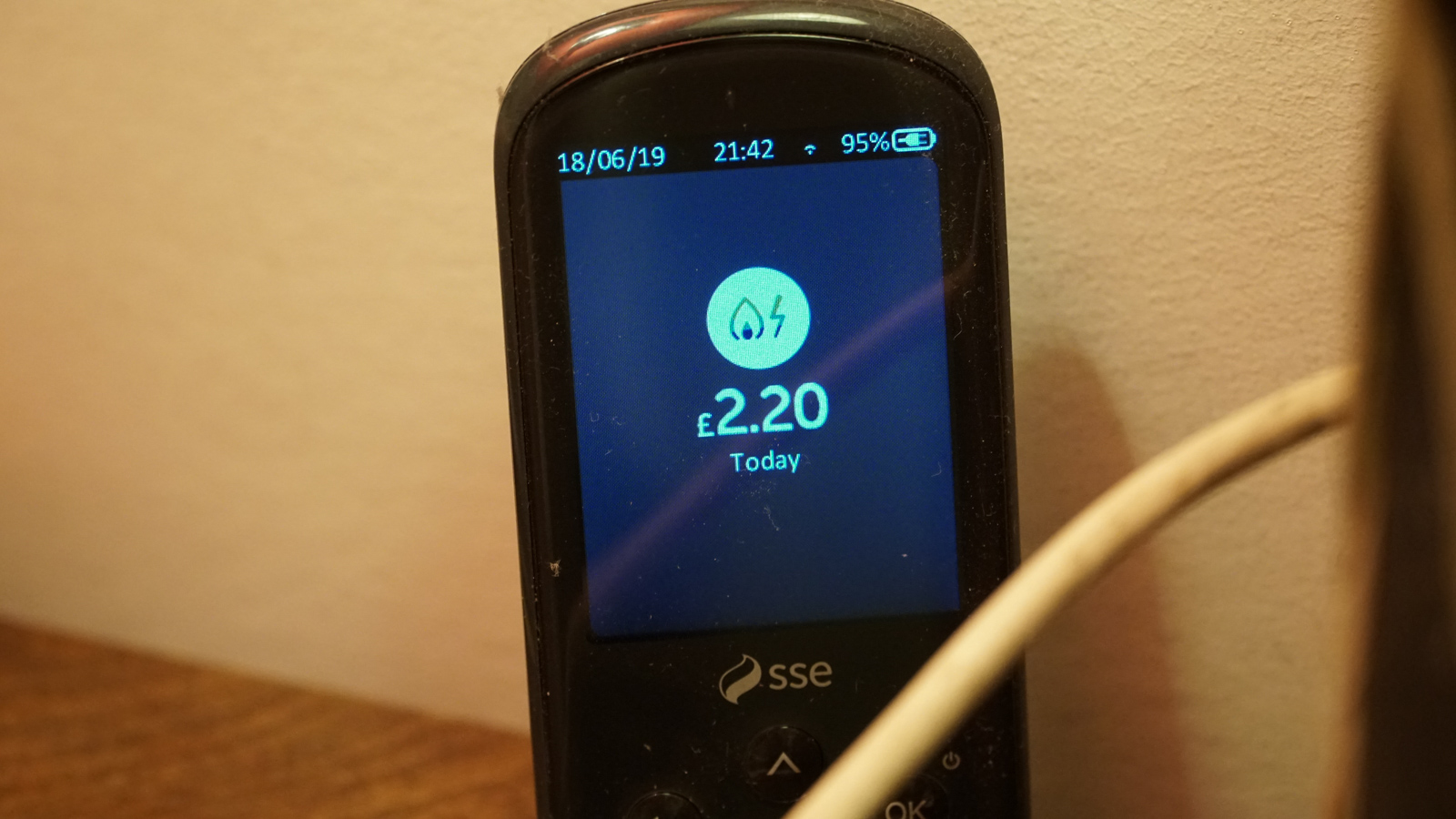 My simple system was costing the earth, and not just in money. 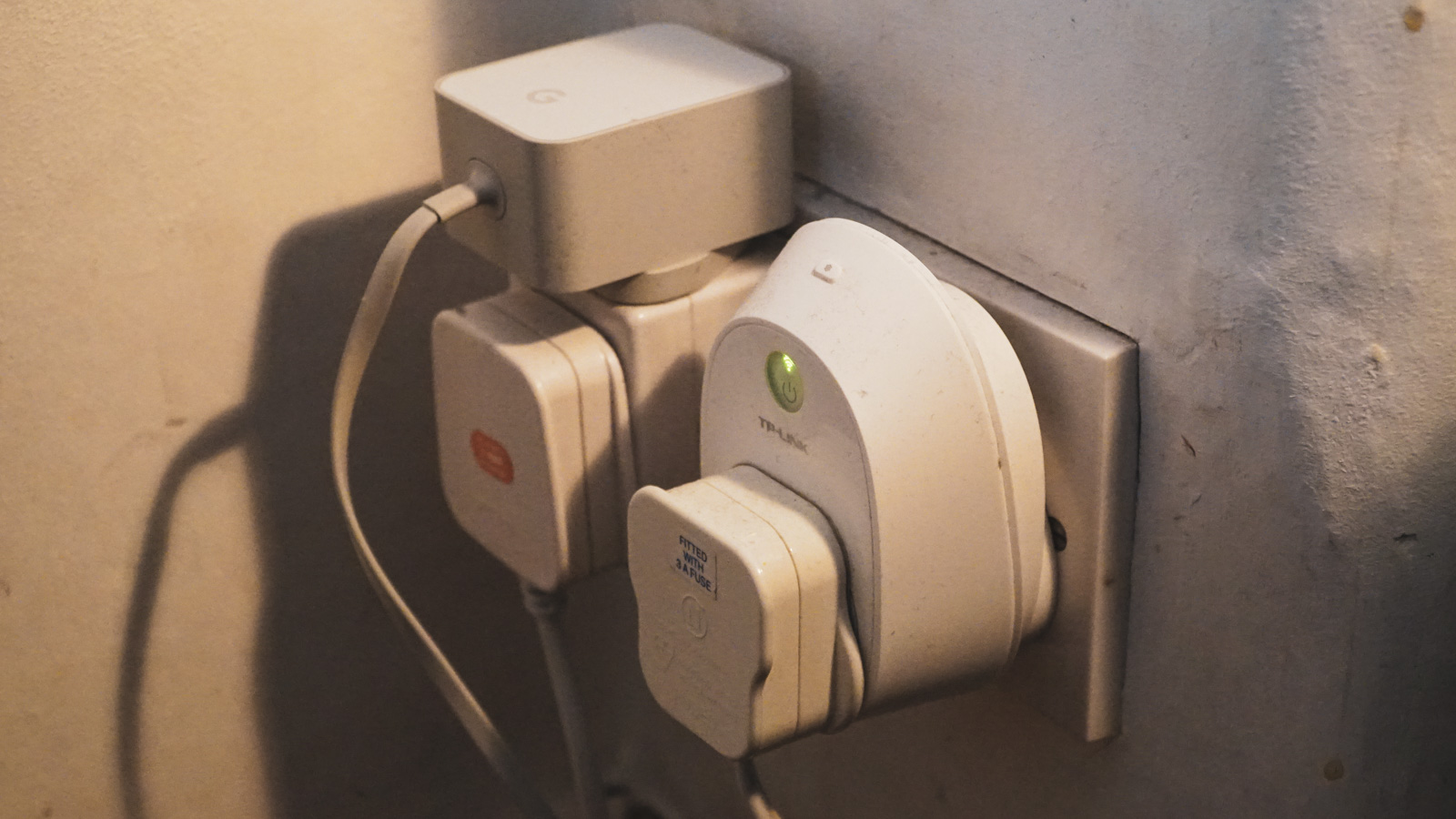 For days I felt defeated.

The guilt told me to do nothing, that saving the planet was hopeless.

But this was too important to give up

So I came up with a simpler plan.

The next day, I created a mental note to look at what state the lamp was in each morning.

Then, using a box of museli I installed in my kitchen cupboard, I was able to create a backup system.

When I was unsure if the lamp was on, I could go home, and have breakfast there instead. 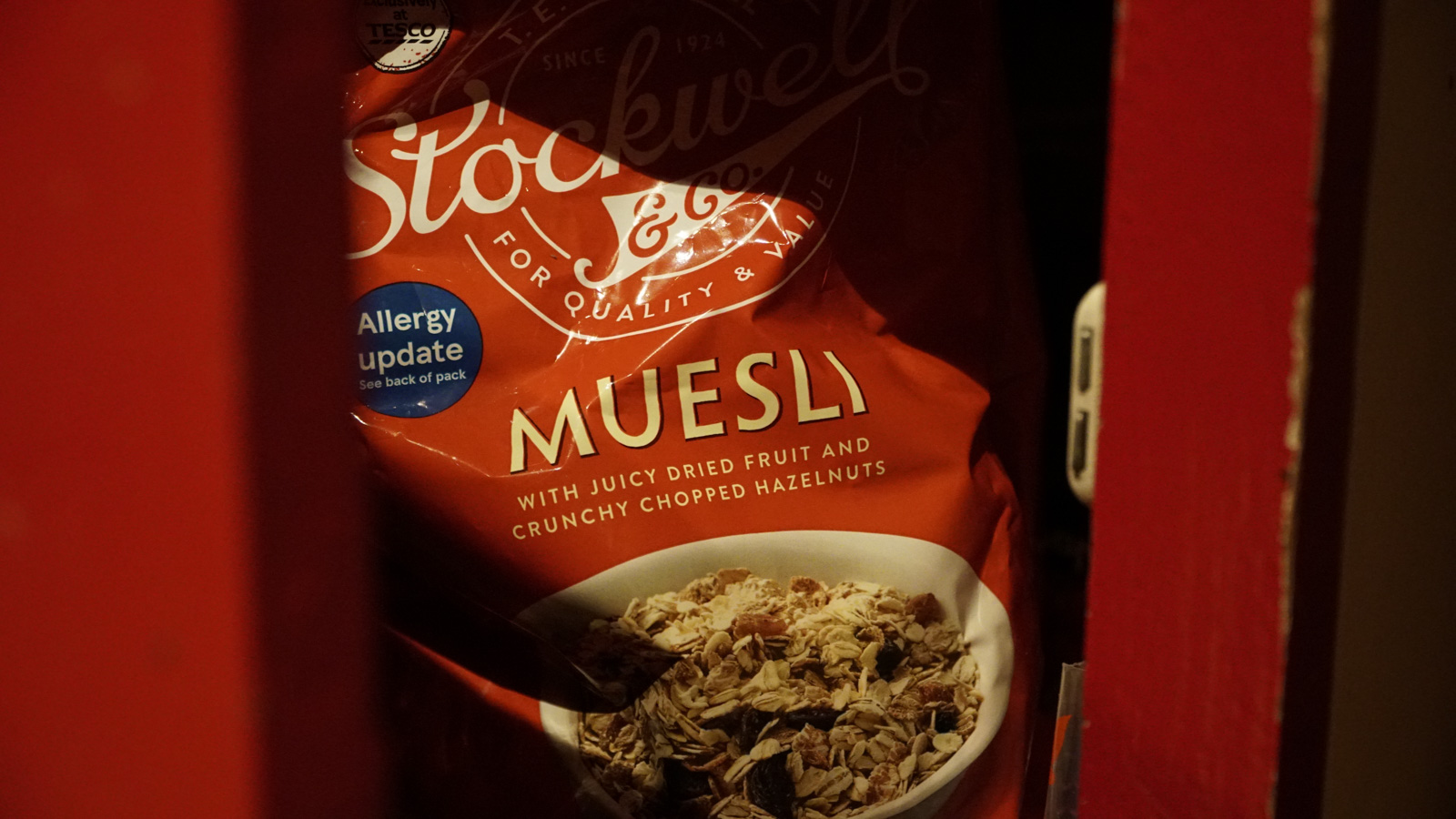 The plan worked. And in less than a week, the earth was one bulb safer.

And I had learned an invaluable lesson.

Sometimes the best way to turn off the light, is just with your hands.